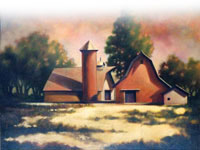 aces: The Dream Team (in no particular order, ahem.)

The technical side of the outfit, Paul deals with, in his own words "EVERYTHING around here". A structural geek, Paul likes taking things to bits to see how they work, sometimes they even work when he puts them back together. Multiple decades of experience in steel building has made him slightly grumpy.

His interests include remaining motionless with his eyes closed. 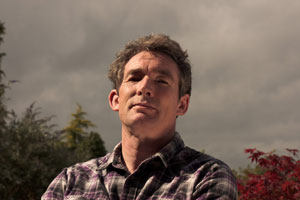 Favourite saying: "Is it done yet?" 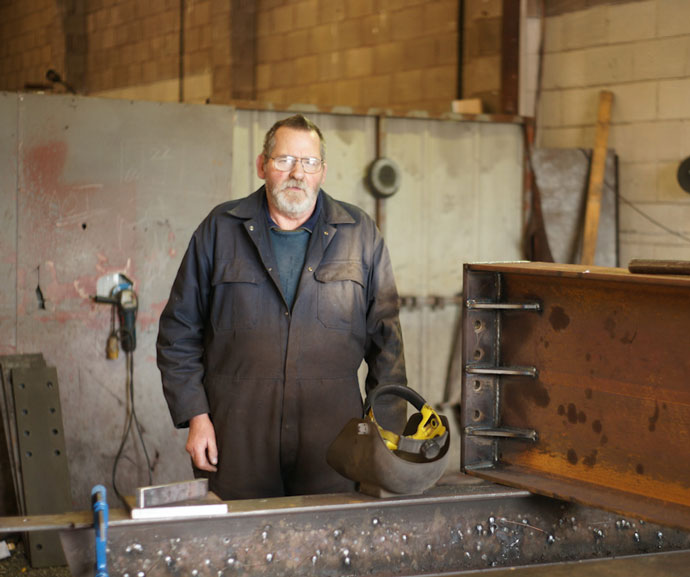 Terry is proper Old School. Apprenticed to the Railway Board at 9 years old he started his career building and repairing steam locomotives. He has many many many many years of experience in structural fabrication.

His interests include remaining motionless.

Favourite saying: "No its not bloody done yet" 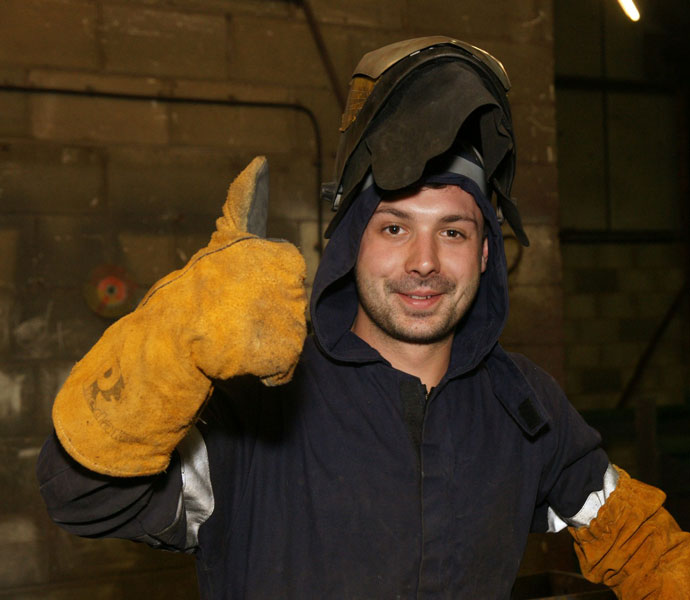 Oliver is a newborn compared to Terry with a bare few years in his trade. He is however excellent when he does things our way.

His interests include picking things up when Terry and I drop them from our faltering grasp and are unable to bend down far enough to retrieve them, mostly small change come to think of it. 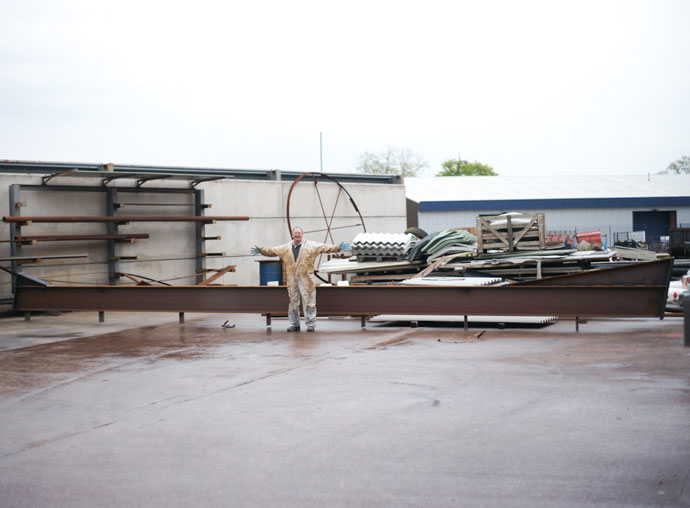 Trevor fettles and paints our fine products. Its is a tough,cold, unpleasant job and he does it well. Respect.

Here we see him doing an uncanny impression of a badly made snowman - what he was thinking we will never know- "he's walking in the air........."

His interests include clocking out dramatically

To link to this page use this url: www.farmbuildings.info/index.php?section=about&item=whoweare.php Copyright Paul Richmond 2012